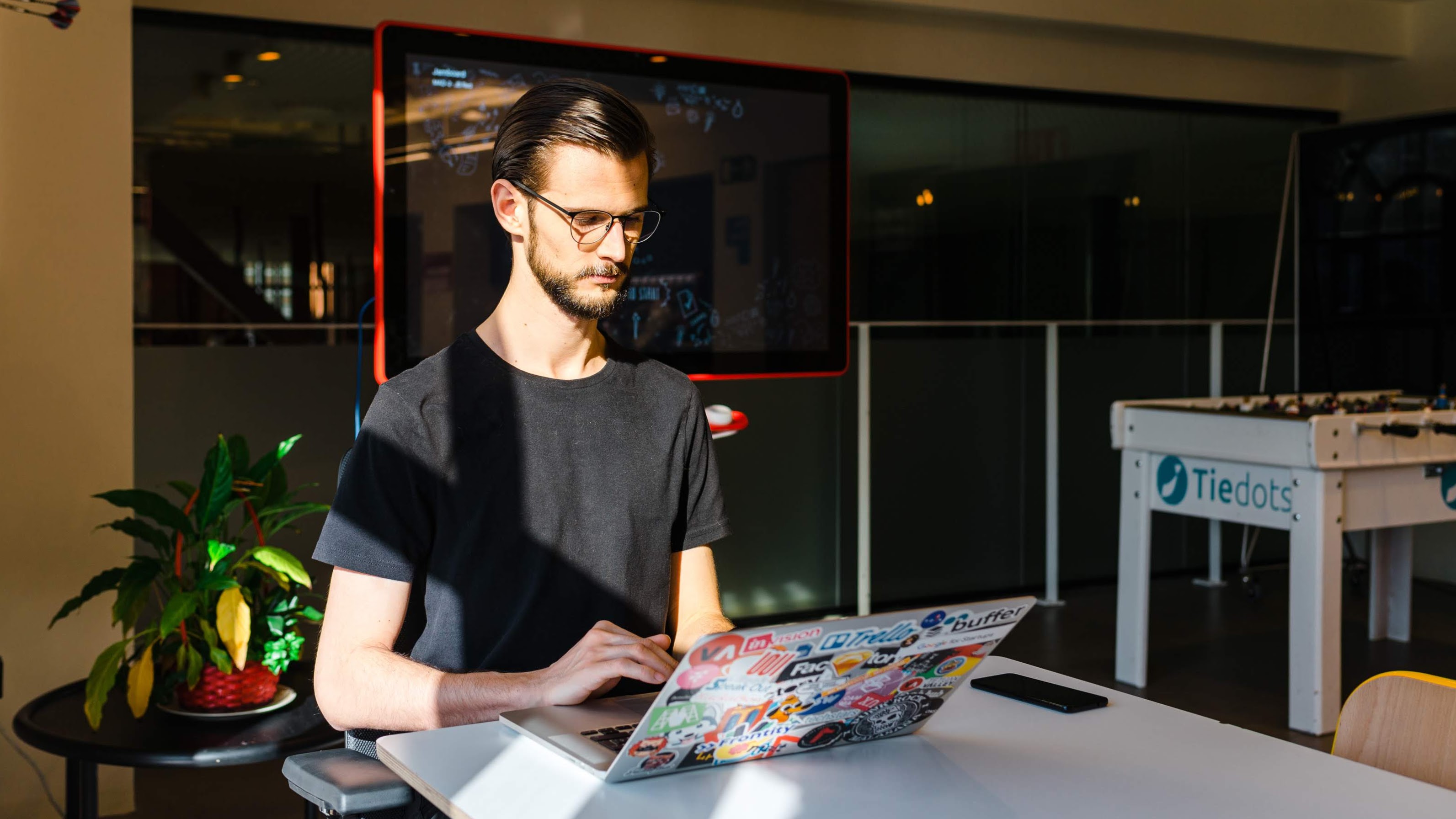 I was born in an island 652 km away from Morocco to Elisabetta and David, two spaniards with really mediocre cooking skills and a questionable taste in names (Ivo? Really? How do you even pronounce that?)

It was a matter of time that they decided to send me with my grandparents, Susana and Giorgio, with unbeatable cooking skills and much better taste in names, to be raised in a godforsaken region of southeastern Spain. 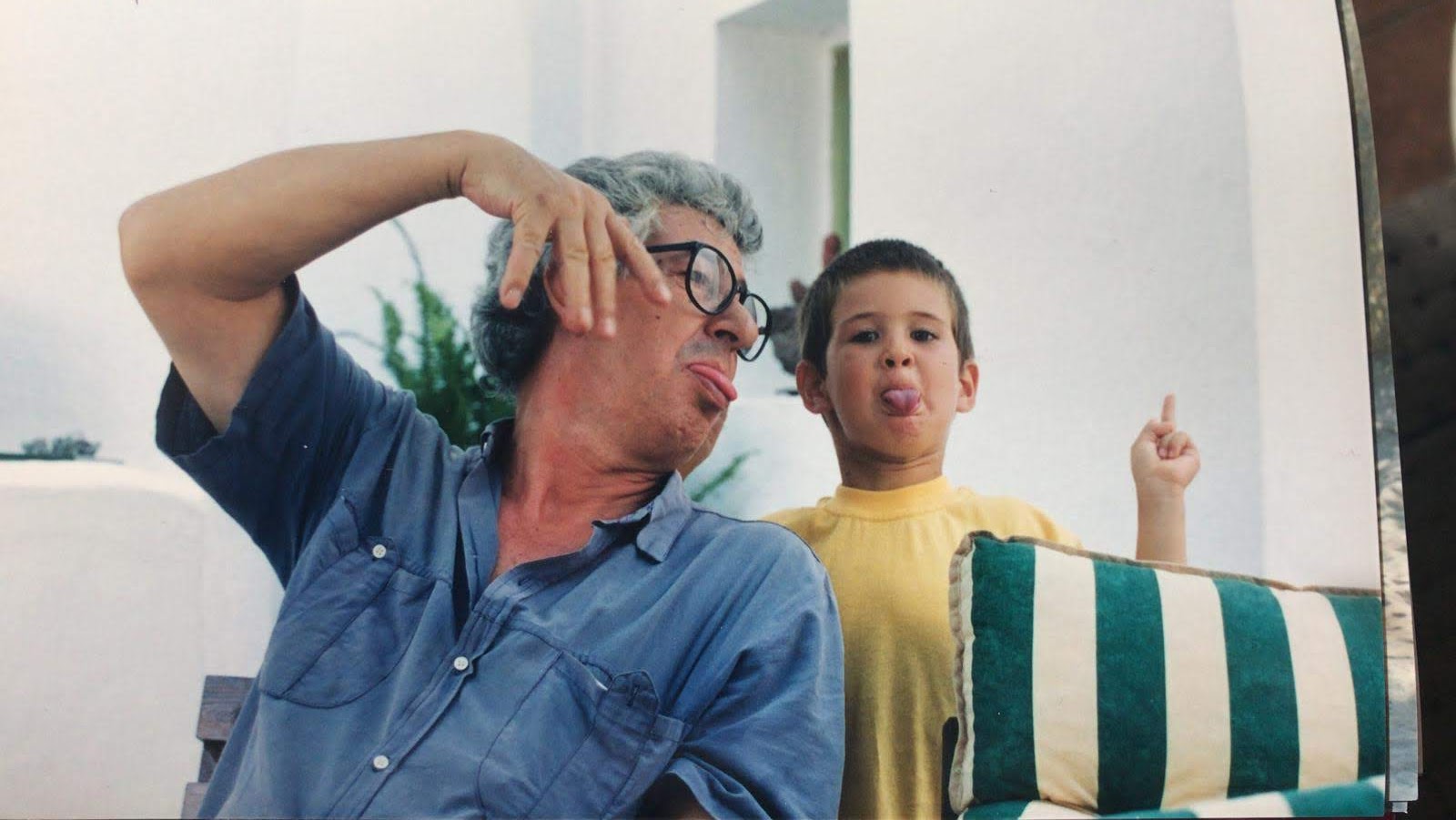 Young Ivo and granpa (what a cutie!)

I spent my youth (I think I’m not legally young anymore?) going back and forth from Madrid to Murcia, and I eventually learned some graphic design skills while editing videos. In 2010 I got my first “job” designing posters for a night club. Then I designed a brand for a local business and realised that branding is better paid than print.

In 2014 I tried to put my video editing and graphic design skills to work and got a job in an eSports production company while studying at UC3M. I met a guy named Sean that convinced me that founding a startup was a great idea (spoiler: it wasn’t), so we did it.

In 2015 I dropped out of university to work full time on that startup, called Gamify. 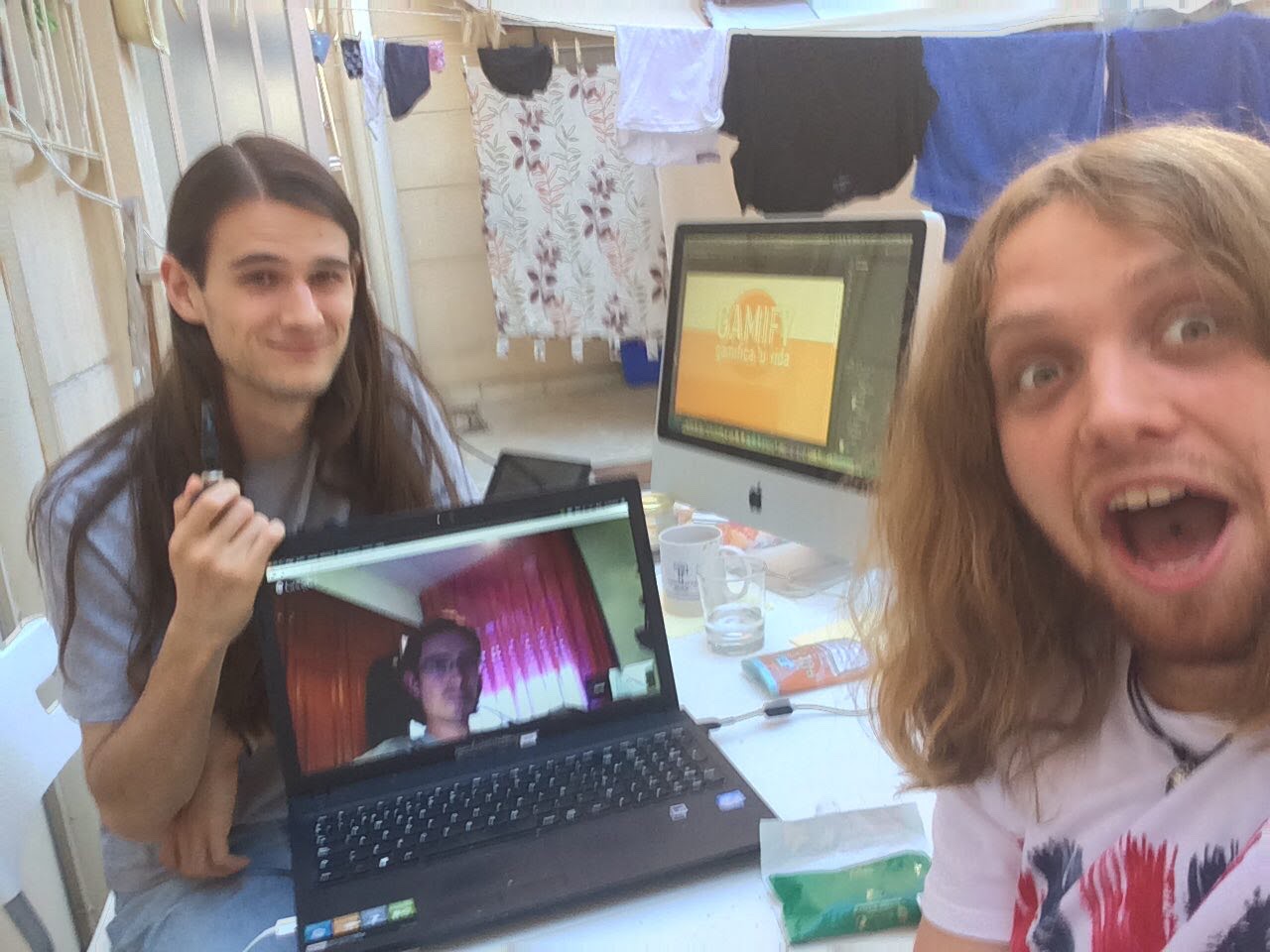 Sean and I at the “garage”

It didn’t make me rich, but I made a lot of friends and learned lots of stuff too: how to design UIs, some HTML, CSS and JavaScript, how to deploy and market an app, how to understand users needs and conduct interviews, customer support, negotiation, branding…

And how (and where) to find free events with catering to save money. At a global scale.

We closed Gamify in 2017 and I moved to Berlin (I certainly did enjoy that first visit), joined the Factory and tried to make some money with videos and motion graphics. Again. Some say that life is like an endless cycle. Or circle. I’m not sure. 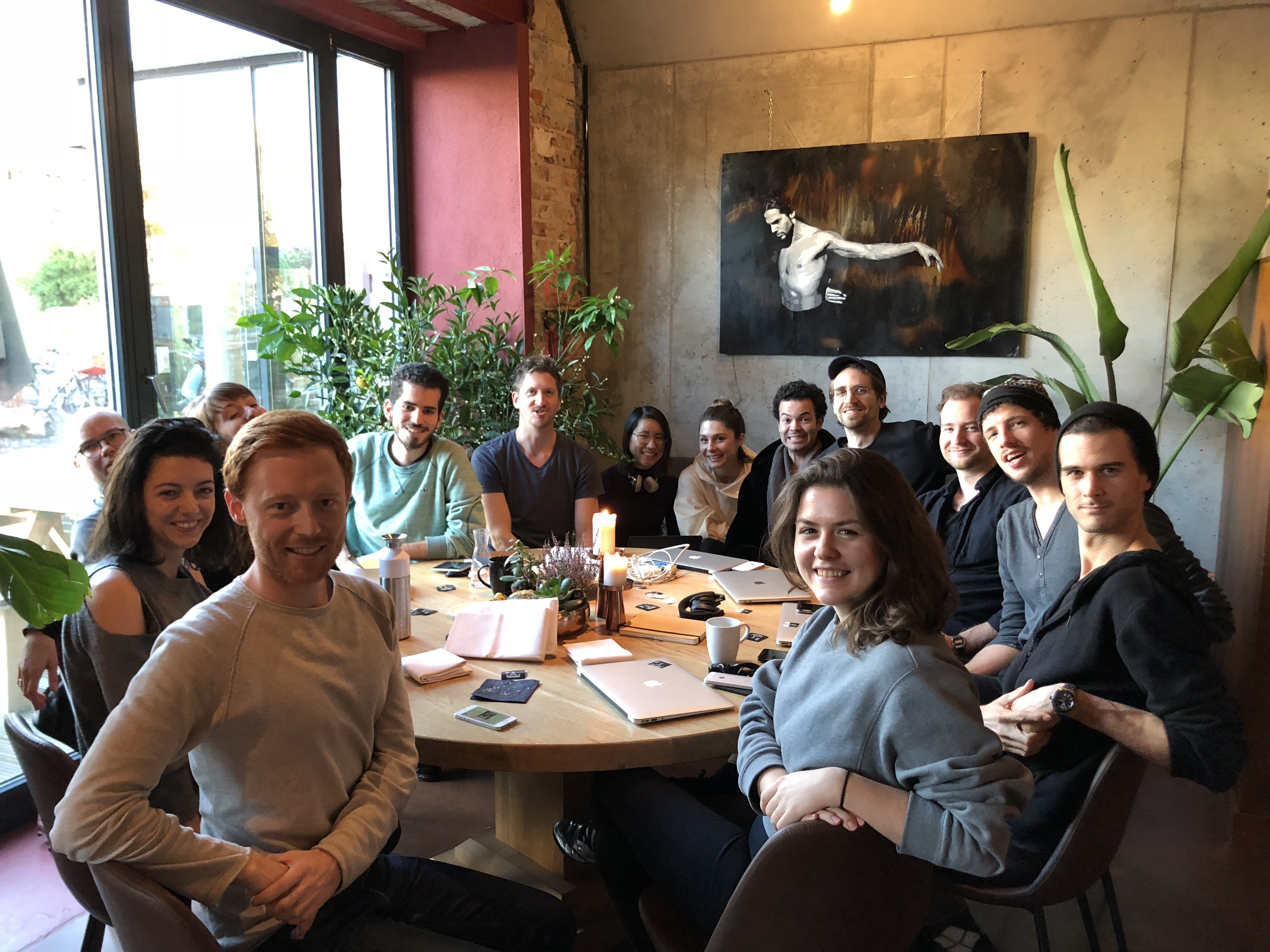 It was too cold. Too far away from friends and family. Too full of startups. God how I missed startups.

So in 2018 I moved back to Madrid and started working with other startups (yes, it’s like a drug) from the Google for Startups Community, and in 2019 I decided that I wanted to wake up at whatever time I felt like waking up (#lifegoals) and started my own freelance business with Carlos, a full stack developer and master beer brewer.

He was the CTO of Gamify, by the way. 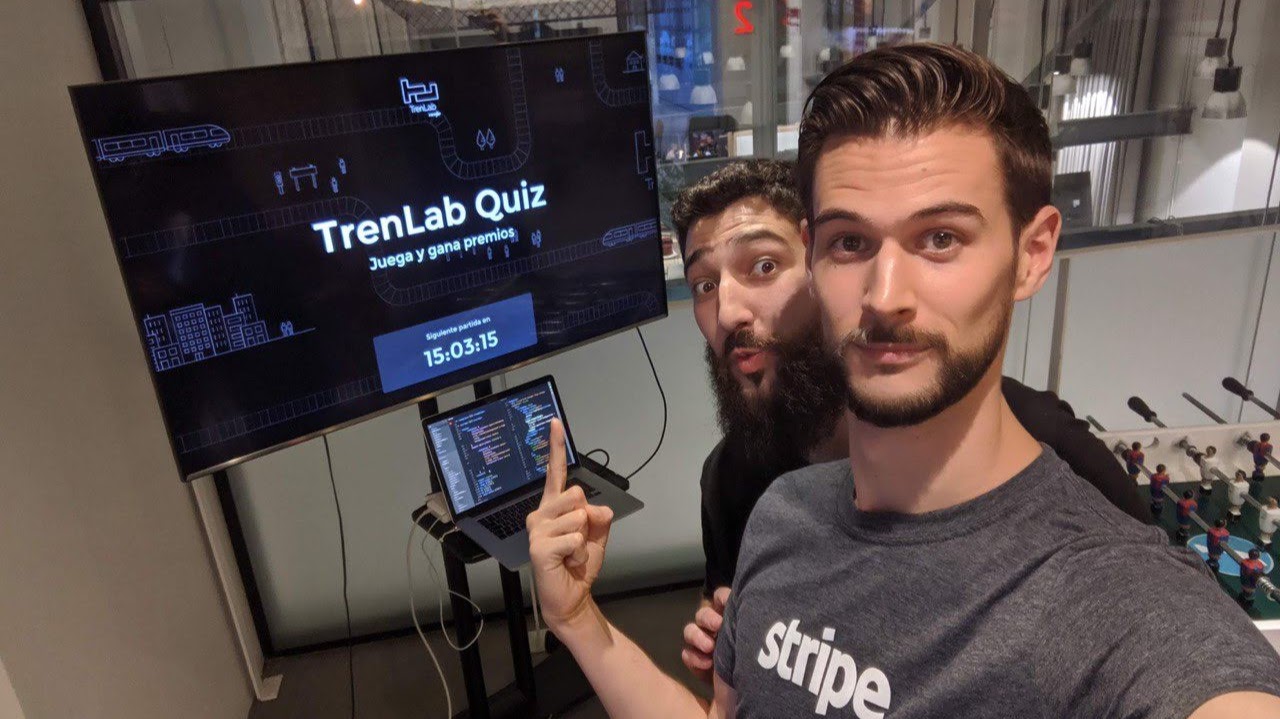 Carlos and I building cool stuff together

We decided that studio sounded way better that two guys in a basement (there are no garages in Madrid, sorry), so we called our little “studio” Commit Sans. We’re great at naming, I know. It has nothing to do with any typography that I know of and you can’t prove otherwise.

We started working with Google for Startups to help communities connect, and that eventually lead to us founding Community Tools, a company focused on that exact mission. Yes, another startup. Life is a cycle. Someone said that already.

In 2020 (best year ever) I started teaching design at Fictizia, an awesome school with awesome people and awesome courses. At some point in 2021 someone decided that I should coordinate the design program. Who knows why.

It’s been a hell lot of fun. Here’s a cool video of me looking like a smart person:

You're still reading this?

We should talk, then. Drop me a line. Or book a meeting or something. This website is full of links to my Calendly. Feels like a massive ad.

Well, it’s also that, but not just that.

It’s my little corner on the Internet.

And yeah, we have to sell goods and services, don’t we? It’s the system. It works like that. Let’s have a little fun while doing it. We can build great things. Help people. Make some money.